Rabat – The Mohammed VI Center for the Support of Solidarity Microfinance (CMS) and Jaida on Thursday signed a partnership agreement aimed at strengthening the strategic relationship between the two institutions and developing joint actions in support of the microfinance sector in Morocco. 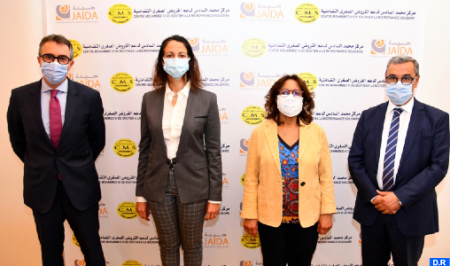 Inked by CMS President, Mohamed Karim Mounir, and Jaida President, Mohamed Ali Bensouda, the agreement will enable the two sides analyze the socioeconomic potentials of the 12 regions of the Kingdom and and put in place a mapping of the specific economic activities of each region, the two signatories pointed out in a joint press release.

The two sides will also develop new niches in economic activity sectors and support the changing needs of micro-entrepreneurs and project leaders who benefit from the products and services of microcredit associations, the release read.

The two sides will join efforts to strengthen the role of microfinance within the framework of the implementation of the national financial inclusion strategy, by combining their missions and their efforts in favor of the economic and social development of the country, according to the same source.